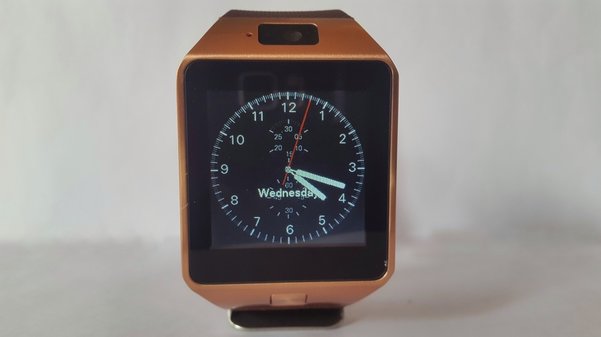 Is it any good?
So this watch phone recently caught my attention. Honestly, it's price was the most attractive feature of the deal. I bought it, why the heck not?! It's called the Callmate Bluetooth DG09 smartwatch, and after spending a while with it, I have to say you're getting a lot more than your money's worth here. So this is my review of what probably is the cheapest 'smartwatch' on the planet.
I say smartwatch with quotes because it's not exactly a smartwatch. It doesn't run on a smart OS like Android wear. It's the same platform that you used to find on the older 2006 phones, you know, them Java based OSs. Yes, it connects to your Android device via Bluetooth but it also takes it's own SIM card! So it can be used as a standalone mobile phone! So let's get that clear, it's an old mobile phone in a new body, strapped around your wrist. That's not a bad thing by any means, as it has a ton of features in it. Let's take a physical overview first.

Up front, it has a square 240x240 pixel LCD display of 1.4 inches. A single button on the bottom. This button is a multipurpose button that acts as the power key and the home button for the watch. There's a VGA camera up top. Yeah, it has a camera on it too! Right next to the camera, is the primary microphone. The right side is barren and the left side has a microUSB charging port. The speaker is on the bottom left end, and it's quite loud. It does gets shrilled and distorted at max volumes, but is clear enough to listen. The construction isn't anything to boast of. The entire body is made out of thin plastic and feels 'plasticky' all over. But thankfully, the straps are made out of good quality rubber foam. It kinda stinks, but is super durable! The USB port has a cover actually, but mine wasn't fitting flat enough. So I broke it off, to save myself from the annoyance. It might seem like I'm complaining, but I'm actually satisfied with what I'm getting for that price. I mean, regular 'branded' analog watches cost quite a bit more than that, just saying!
Taking a look at the UI, were greeted with a watch face, at first button press from sleep state. You can choose between 3 watch faces by tapping on them, on the lock screen. Although this isn't a super high resolution display, it's cool that they actually gave you some options! Swipe in any manner across the watch face, and you'll unlock the device. It shows you the exact same layout of the traditional phones, with menu and names option in the bottom. Menu is nothing but your app drawer, and my oh my, was I surprised! You get a ton of apps and features built into it, other than the usual slew of apps. Additional useful stuff such as Remote notifier, Remote capture, Anti lost, pedometer, sleep monitor, reminder, find-my-phone, image viewer, audio player, sound recorder, Facebook, Twitter, WhatsApp you name it! Although social media apps are web based, it's pretty awesome that they're included here! By the way, this watch also takes an SD card upto 32 GB, dope huh. And the touchscreen is capacitive, so it's almost flawlessly accurate when it comes to even light touches. So using the dialer to dual a number, or typing a short message wasn't as painful as I imagined. Trust me, it's pretty good for the price.

Speaking of the dialer, this is a phone, so how is that call quality?! Well, it's average. You can hear the caller loud and pretty clear through the loudspeaker. There's a little crackling noise based on the caller's device. But you're voice seems to go okay. If you're sitting comfortably at a moderately quiet room, your recipient won't have any issues. Although if you're out and about, you will turn some heads because you might find yourself yelling into your watch! What really bummed me was that there's no Bluetooth earpiece included. So you can't have any sort of private conversation whatsoever. Personally, I don't like talking out loud with anyone. So I had a pretty bad experience with calling here. If you're used to taking calls on a loudspeaker, you should be fine. But just don't expect stunning call quality, that's all!
Other than the slightly troublesome calling experience, the watch serves fine as a daily device. It's lightweight and super comfortable on the wrist. The bandka don't stock to your skin if you're sweaty, which I would've disliked. It lasts around one day on a single charge, and takes around 65 to 70 minutes to fully charge the 380 mAh battery. After all, it's running on an old single core Mediatek processor clocked at about 550 MHz. I didn't have any kind of bugs or issues in this simplistic OS, I have nothing to complain about. It does what it's meant to do, that is to be an affordable wrist phone!

The watch also can access cellular data through that single microSIM you put in it. Speeds are nothing to write home about, as it obviously has an old modem, without WiFi. So I can't connect it to my home network. Judging by the simple OS, I'm guessing there won't be any need to have internet on this thing, as there most likely won't be any software updates! I'm okay with it, as there are no issues on board.
The camera on this watch is a VGA shooter. It's an add on just for fun, nothing more. The quality isn't good enough for pretty much anything, so you might as well forget that it exists! Don't think about even moderate photohraphy with this, the picture quality is awful!
There's an app to go along with this watch, and you can download it by scanning a QR code. It's in the Quick response app and it will download a Bluetooth notifier apk to your Android phone. You need this app to use the remote capture and find-my-phone features. Remote capture is pretty cool, where your phone's camera will switch on and send a live feed to your watch. So your phone kinda acts like a spy camera or a security camera. The framerates aren't super consistent but hey, it works as long as you're within the range. Using this app, you can also push SMS and call notifications from your phone to your watch, like a proper Android wear. 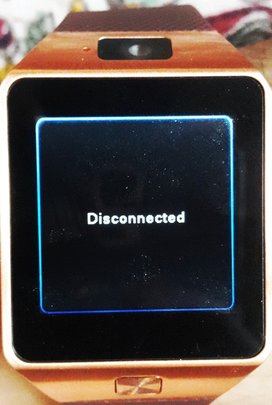 Often, this happens.
It's not all good news though, as the Bluetooth connectivity between the watch and the phone, often felt unreliable. The watch lost connection from your device while it was idle, which is a good thing for saving a bit of power, but bad for the real purpose of having it on in the first place. I had to check if the connection was active or not from the Bluetooth logger, every once in a while. That's not cool, the connection must always be up and running. It's okay if you always carry your phone around you, in your pocket. But if you leave it on the desk and walk away with the watch on you, it will naturally disconnect. But it won't reconnect once you're back in the range, that's the problem. Also, another stupidity in this OS is that, the date and time resets to some random values every single time you reboot this thing! That's rediculous, if you ask me. So by no means is this smartwatch a serious deal. It's supposed to be a semi-advanced toy, and let's leave it there 😅. 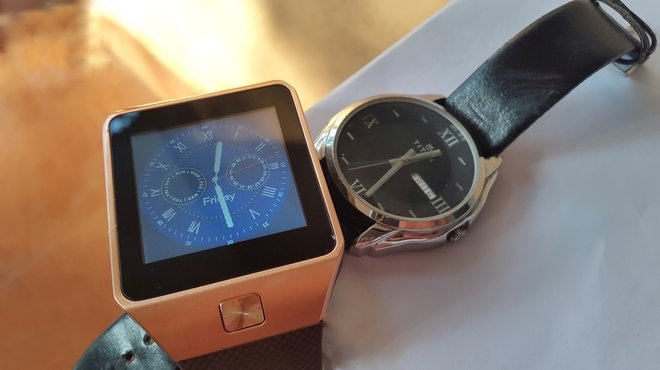 New everyday wrist dweller!
Okay, time to wrap up. I've covered just about everything on the Callmate DG09. Who is this product for? It's a perfect gift for someone who really wants something cool around the wrist, or maybe you want a handy dandy calling device at a super cheap price tag. I mean, 15 dollars ( about 800 INR) aren't too much to spend, are they? If you're okay with the above-mentioned annoyances and want to try it out, go ahead. I'll encourage it, it's not gonna be a wallet breaking decision anyway😊🙏. 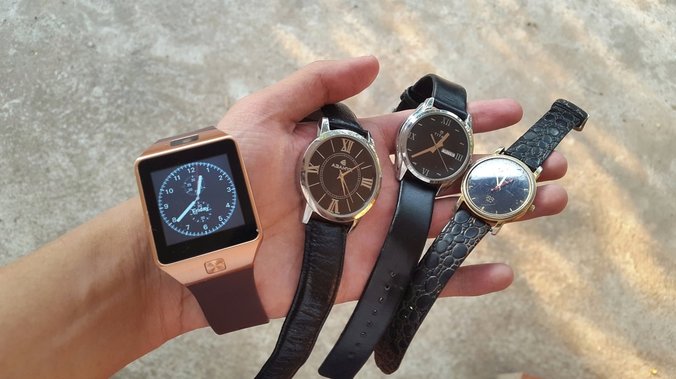 Long time analog guy!
Here's where I bought it. I've been an analog watch rocker for quite a long time now, and despite the shortcomings with this smartwatch, it has managed to earn it's place on my wrist for the upcoming months. I'll do another revisit to this after 6 months or so, assuming it survives that long!
Speaking of long term review, Galaxy S7 yearly review is coming soon, so stay tuned for that🙌.