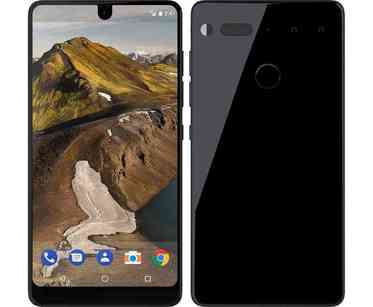 Andy Rubin has finally released the Essential phone, the one which caught millions of eyes.

The gorgeous device has been unveiled and the specs have been confirmed. These are some initial impressions of it.

The Essential phone is a very unique beast. The frame is made out of titanium, making it very sturdy, and heavy (185 gm)!
The front obviously looks unlike any other gadget out there, with a bezel less 5.7 inch display.

The front camera has that same weird cut out we saw on their website. But it's not as bothersome of a design element as I thought.

The UI always hides the top corner with a black strip while watching videos. So content consumption is not affected by the weird cut out.

There's a very thin earpiece along the rim of the top edge. It's barely visible, and gives the illusion of an 'all screen no bezel' design.

I thought it would have the piezoelectric speaker for the earpiece, like we saw on the Xiaomi mi mix, but nope. We get a slim traditional speaker here. 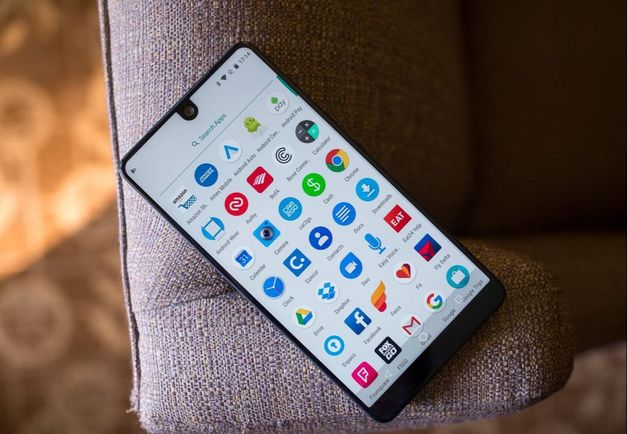 I mean, look at the thing!
Second thing that immediately strikes about this phone's design, is the ceramic back. There's absolutely no text on the entire phone!

There isn't even a brand logo, which is weird and never seen before. It gives the phone some slick and unified looks.

One thing that's common to all glossy back phones are the fingerprint smudges. The ceramic back catches your palm-grease very quickly but is thankfully easy to clean off.

There is a lot of hardware packed into the thing. On the rear you'll find two 13 mp cameras, one RGB and the other Monochrome at f/1.8 apertures. There is also a laser autofocus system and dual LED flash.
​ 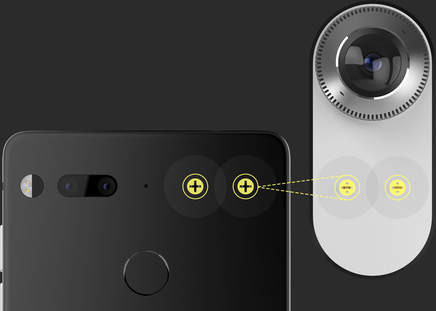 wannabe cool...?
Near to the cameras, there are 2 closely placed pins, which act similar to the modular attachment pins on the Moto Z series.

There's a 360 camera for the essential phone, which takes power from the phone by attaching it on the 2 pins, but strangely, connection occurs through bluetooth.

That isn't fully functional yet, but it's great to know it's coming.

The 8 mp front camera is capable of 4K video recording! Overkill, but appreciated.

There's also a fingerprint sensor on the rear, easily reachable. Thank team Andy for that!

There is a usb type C port on the bottom, capable of quick charging. Useful to top up that 3040 mAh battery. 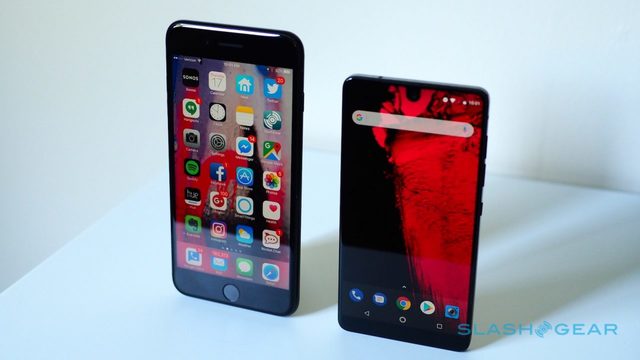 Bigger screen, smaller phone! But no headphone jack. (Image courtesy: SlashGear)
The capacity seems rather small, but surprisingly, it's pretty great. Something similar to the magical screen on time the Google Pixel has been getting us.

Just like the pixel, the great battery life is mainly due to the software on board. The Essential phone runs on an absolute stock version of Android 7.1.1 out of the box.

That coupled with the beastly Qualcomm Snapdragon 835 and 4 gigs of RAM translates to buttery smooth everyday performance.

But there's one "essential" thing that's missing in the essential phone. The headphone jack! 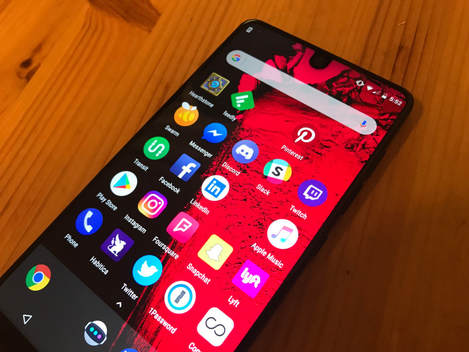 Undeniable appeal
Now if you want to listen to some music and find yourself without a wireless headphone, and you forgot/lost the included dongle, you're 'essentially' screwed.

Despite that, everything seems pretty flagship quality, except maybe the camera.

Surprised huh! The cameras should've been amazing on this phone. Well, it is pretty darn good compared to most of the other phones. Probably better than the iPhones, but not as good as the Pixel or the S8.

There was a software update on the same week as it was unveiled, which improved the cameras by quite a big margin. But still, it falls short of the excellent Google pixel.

But I'm still happy that this phone is out! Even though the displays 2560x1320 resolution is a bit weird, and some of the apps don't use the extra forehead properly as of now(Ahem...Facebook, Paytm). But the future is bright and there's a lot more to come.

That's been it for this for this first impressions of the Essential Phone. Stay tuned for more such updates, and drop me a message. I'm on the contact page.
​​