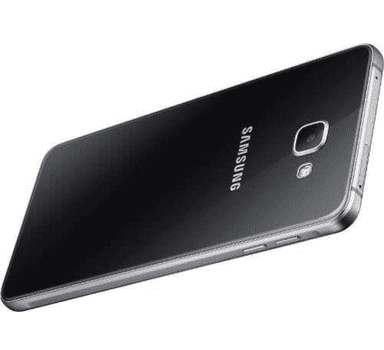 This is the most premium phablet that you can buy right now. It's been a while since this phone has been out and I've finally learned enough about this, to tell you my final thoughts. So, here it is. My Samsung galaxy A9 pro review.
​
Design: The A9 pro is a brilliantly made smartphone. It's large form factor and heft in the hand leads to a very premium experience. It's completely made out of metal and glass, just like it's premium siblings of the S series. The phone supports dual SIM cards as well as a separate SD card expansion, which is always appreciated. The power button is on the right and the volume rockers are on the left. Buttons feel super clickyness and tactile, as always. On the bottom, there's a USB type C port, speakers and a headphone jack (Yay!🙌). The phone, thanks to it's metallic frame, feels incredible to hold, if not a tad bit slippery. Besides that, it's great👍. The phone is 7.9 mm thick and weighs 210 gm in heft.
​ 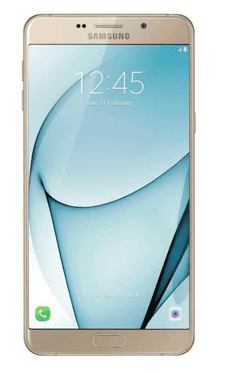 ​Display: This phone sports a massive 6 inch 1080p AMOLED panel at 367 ppi. I don't have to say anything about how good the Samsung AMOLED panels are. The display has excellent brightness and near perfect viewing angles. It will suffice to say that the display panel on the A9 pro is nothing short of 'gorgeous'😍. 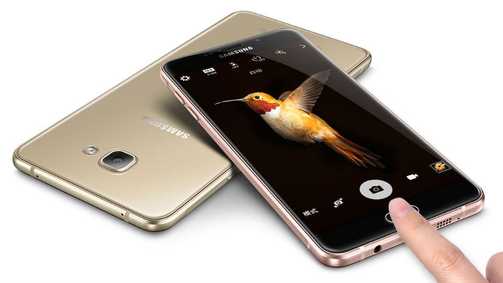 Performance: The phone is powered by the Snapdragon 652 octacore CPU clocked at 1.8 GHz along with 4 GB of DDR4 RAM. It also has the awesome Adreno 510 GPU; A bit old compared to the 530, but still plenty powerful. There's 32 GB of expandable storage too, out of which you'll get about 26 GB, out of the box. Performance has been great on the A9 pro, nothing less was expected from that awesome CPU anyway. It's brother, the 650, did very well on the Redmi note 3. It's no surprise that the 652 performs just as good, on this behemoth phone.
The phone runs on Samsung's Grace UX on top of Android 6.0 marshmallow. It's the same UI from the note 7 (R.I.P🙏) and it's great. Memory management seems to have improved a bit, which was always a major problem of Samsung phones. Overall, it performs great for everyday usage, with almost no stutters and lags. You'll have a very good user experience on this refined UI.

There's a fingerprint sensor on the home button. It works well, but it's not as good as expected. It's a hit or miss situation here, which is disappointing, again😒. It's the same case with Samsung phones, even with the S7 sometimes. Samsung really needs to work on their biometric hardware.
​ 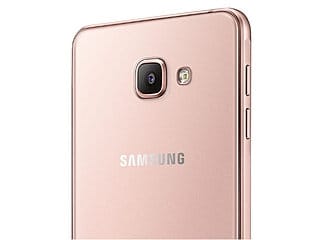 ​Camera: This is also a mixed bag. Samsung phones have always had great cameras and you'd expect the same here, but you will most likely be disappointed. Hardware wise, it's a 16 mp sensor with OIS at f/1.9 aperture. The front sensor is a 5 mp sensor with the same aperture. Photos takes on outdoor lighting are great and start to degrade indoors. Even the shutter speed drops down and often, the photos come out to be blurry when taken in challenging lighting conditions. Even the video resolution is maxed at 1080p, despite having the hardware which is capable of recording at 4k. Samsung could've done a lot more here and they've really let me down. But overall for a general user, this camera will probably do. It's decent enough for a few casual clicks and that's that😐! Can't believe I'm saying that for a Samsung camera..

Battery: Here comes the good part. This phone has a monstrous 5000 mAh battery unit, capable of adaptive quick charge. Needless to say, this phone lasts 6 to 7 hrs of continuous usage, without breaking a sweat. It's a mammoth powerhouse and an absolute treat for heavy users. Well done Samsung👍! It's awesome as of now, but let's just hope that this massive cell doesn't catch fire in future days😂.

Price: The galaxy A9 pro, being a premium midrange device, costs about 32,000 INR or about $520. If you're looking for a big phone with a mammoth battery and amazing display, you found it. Just bear in mind that the camera doesn't have the traditional Samsung's optical awesomeness in it😁.
​