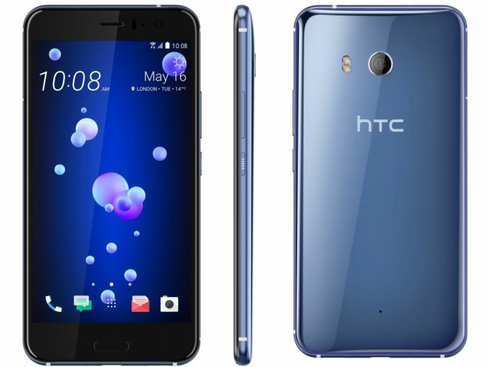 A new gorgeous beast!
htc has released it's true flagship for 2017. Though their naming system has been mysteriously messed up since long, the phone itself is thankfully worthy of some attention.

Though there was nothing significantly wrong with the previous flagship of wrings from htc, they didn't seem to turn a lot of heads.

Things changes in the looks department with the U ultra, but it let people down in multiple other ways.

I'm happy to say the U11 is a graceful combination of the U Ultra's beauty and the 10's power, with some "squeezable" innovation baked in! More on that below.. 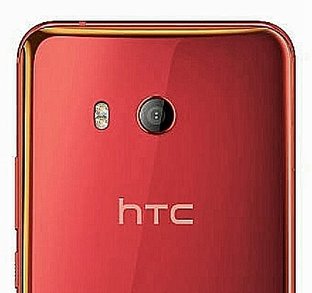 Dat color tho..!
Let's first go over the basics. The U11 gets a lot of things right. The glass is beautifully curved on the back, which htc apparently worked with Corning to achieve. There are several color variants, my favourite being the magma red.

The phone is finally IP67 water and dust resistant. A much awaited feature in htc phones and it's finally here.

The phone looks and feels every bit as premium and expensive as it will be. Although that's no surprise, given the previous price tag of htc flagships in the past.

Up front, the display is a gorgeous 5.5 inch piece of Super LCD 5 at 1440p. That comes in at a pixel density of 534 ppi. It's bright and has excellent contrast. It even gets a few nits brighter than the U ultra and the htc 10.

Under the hood, it's powered by the latest piece of silicon from Qualcomm. A Snapdragon 835 clocked at 2.45 GHz along with a powerful Adreno 540 GPU keep the UI running buttery smooth.

That UI is the same old clean and minimalistic interface that htc puts on all it's phones.

Though there aren't any issues with it, I wish htc would renovate things in there, like Samsung does with their UX.

There are 64 and 128 gb storage variants with 4/6 GB RAM respectively. Storage is expandable via a MicroUSB card. 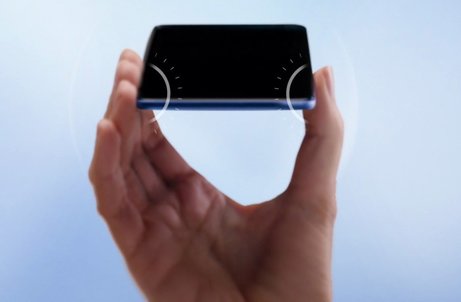 Squeeze the edges!?
Now let's get to the squeezing stuff. The U11 has pressure sensitive areas on its frame, at both lower right and left side of the phone. It's called Edge sense technology and this allows you to physically squeeze the device in your hand and trigger some functions!

For instance, you can squeeze lightly to launch the camera, squeeze harder to snap a photo. A long squeeze could bring out the flashlight, and all these options are highly customisable.

Within the settings, you can also set the level of pressure needed to trigger the targeted things to happen. Pretty cool, right?!

Well I don't know! I personally feel that a button is still the best shortcut there is. But htc claims that you can do things without even shifting your grip from the phone. That's something I can't argue with.

Selfies are all the rage these days, and htc seems to be well aware of that. The U11 is equipped with a crisp 16 mp front snapper with 1.4 micro-meter pixels. The photos are just as sharp and incredibly detailed, as you'd expect from a high rez sensor.

The rear camera is a 12 mp sensor with an excellent f/1.7 aperture. The pictures taken leave some highly positive first impressions. You can expect to see the U11 among the top 10 camera phones of 2017. 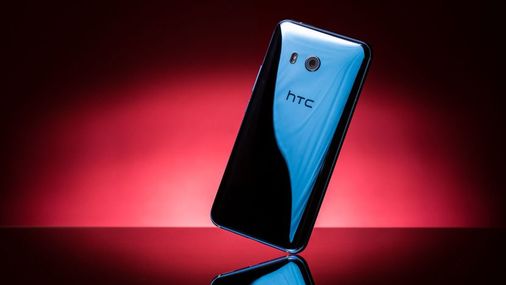 Almost perfect....again!
About the only thing that slightly puts me off about this otherwise excellent package, is the battery unit. The phone packs a decent 3000 mAh battery, which is strictly average for a flagship.

I was expecting something with a bit more stamina than a mere 3000 milli amps. There is fast charging, however longer screen on time is always better.

The boom sound(-ish) speakers on the front are louder and more powerful than its predecessors. Also the included type c earphones offer acoustic noise cancellation.

It sucks that there is still no headphone jack, but the audio quality through the usb port is outstanding. It has that powerful htc's boom-capable DNA!

That's been it for the my htc U11 first impressions. What do you feel avput the new htc U11? Do let me know, I'm always reachable. Just check out the 'contact' page!