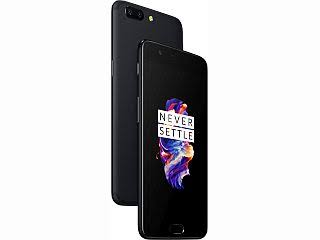 No more ideas to boast?
OnePlus has put an end to the never ending hoard of rumours on the Oneplus 5 by launching it, as planned. The new flagship killer has raised a few eyebrows, and some questions among fans and general public alike.

Yes, I know it looks a lot similar to a fruity flagship phone but nevertheless, once you look beyond the unpleasant design choices, you are left with nothing less than a new beastly flagship! 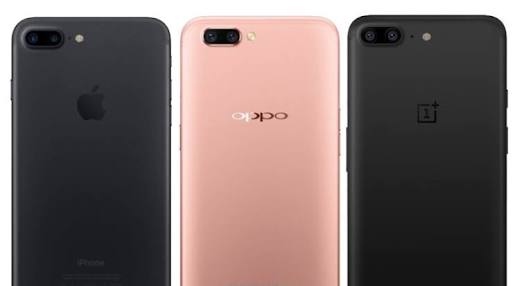 Era of similarities
After comparing it to the already awesome OnePlus 3T, is it worth upgrading immediately? How about we settle that in this OnePlus 5 review.

Design: Pretty much the earliest of the rumours were all about the new look of the device. Several models and renders later, we more or less a photocopy of the iPhone 7 plus.

From the antenna lines to the dual cameras, we get a 1+ branded Apple flagship.

I noticed that the camera bump isn't as pronounced on the OP5 as compared to the iPhone, but it's still sad that OnePlus couldn't keep their unique design language which we saw from the likes of the OnePlus One (still one of my favourites btw).

The new flagship manages to be thinner than the predecessor, coming in at 7.25 mm at its thickest.

It weighs pretty much the same in the hand. It does feel a tad bit taller than the 3T.

Sadly there is still no water and dust resistance( IP certification) here. I really felt the need in the 3T and wanted it on the 5. Oh well, maybe next time, OnePlus.

The power button is on the right above which there's the sim tray. It still takes 2 nano sim cards as usual. The volume buttons are on the left side along with the ever useful 'alert slider'.

The bottom houses a USB type-C port, as well as an endangered port species: a headphone jack!
There are two colors available: slate black and grey. No fancy gold or funky blue colors exist.

The phone feels absolutely premium in the hand, and I personally prefer a metal back as to a glass back one, so naturally I enjoy this kind of a build.

Display: The OnePlus 5 has the same 1080p IPS LCD panel as the 3T. Some people are disappointed and are frank tired of waiting for OnePlus AMOLED panels to get to flagship level QHDs. But this is a pretty great panel regardless.

The colors are fantastic and are very well balanced on a standard RGB scale. The display gets adequately bright for outdoor legibility and has good viewing angles.

It's kind of a bummer that a OnePlus flagship killer's display still remains "good", and not "great".

However, the display glass feels a bit smoother to the touch on the OP5 than the 3T. Probably because it has 2.5D Gorilla Glass(GG) 5 on it, as opposed to GG4 on the 3T. 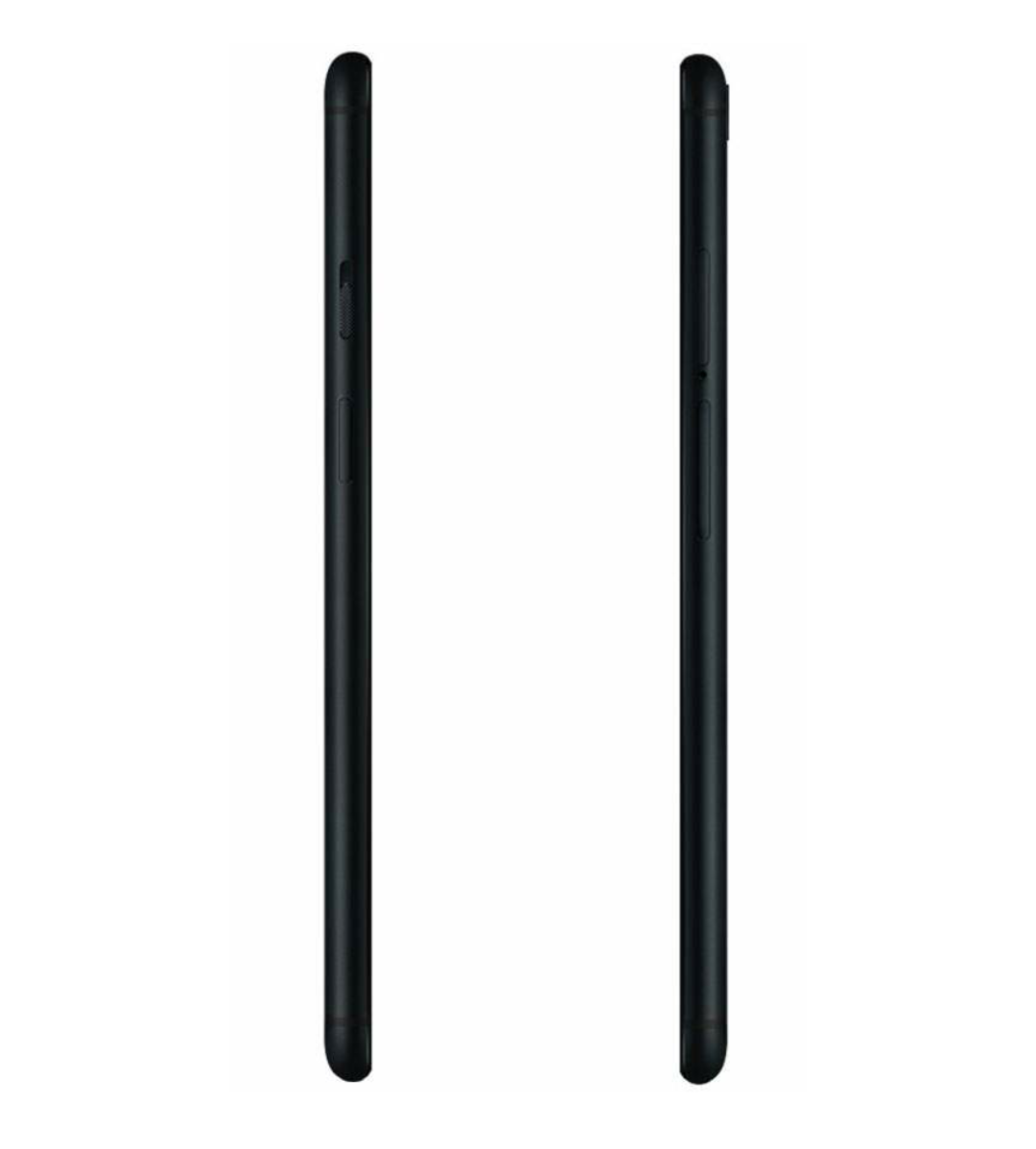 An even slimmer beast!
Performance: It's difficult for me to say anything unexpected here. The performance and smoothness is the same gold standard of fluidity, that puts major flagships to shame.

The OnePlus 5 feels exactly like the already blazing fast Oneplus 3T, only even faster!

This beast is powered by Qualcomm's latest flagship processor, the Snapdragon 835 clocked at 2.45 GHz. The storage starts at 64 GB and goes upto 128 gigs.

This is the only phone on the market with that much memory on board.

The Hardware is flagship killer material, as always. It has by far, the fastest fingerprint sensor I've ever seen. And the software has gotten even better.

The software has incredible fluidity to it and reminds me a lot of the Google pixel and the htc U11. It's clean, elegant and functional which is how a good UI should be.

There are some near improvements like an automatic reading mode inside apps like Kindle. This reading mode taes the screen to greyscale and not some hideously tinged yellow shade as before.

It even uses faster UFS 2.1 storage, so new app installs and other things are done at incredible speeds.

I'm very pleased with the smooth software experience and the God-like performance. 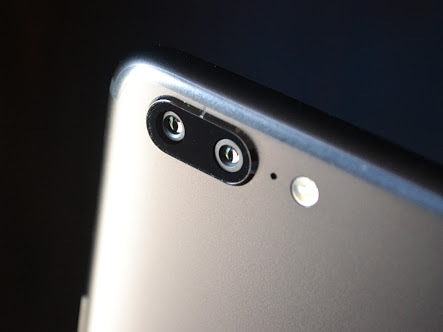 Dual cameras=better photos!?
Camera: Let's get to the main focus of this entire package, the camera. OnePlus has been growing a lot of hype around these cameras long before the launch.

People expected a lot from them, myself included. And I'm happy to say, the OnePlus 5 delivers!

The dual cameras on the rear are some of the best out there! The 16 mp main sensor has an f/1.7 aperture and the 20 Mo telephoto (2x zoom) sensor has an expectedly smaller f/2.6 aperture.

The cameras can produce some great looking shots and there's also a portrait mode.

Though the camera app is a complete rip copy of iOS, there is still a full on "manual(pro) mode". Graciously accepted and much appreciated, OnePlus! Thanks for leaving that in.

Though the rear cameras do not have OIS, there seems to be a pretty good software stabilization on board. So 1080p videos look very smooth. 4k however, is a shaky mess as compared to its own predecessor!

Front camera is the same 16 mp sensor with the same wide aperture. Selfies look great with plenty of light coming in from that sensor.

The same awesome 1080p stabilisation applies for front camera video footage as well, which is one of the best ones I've seen from front facing shooters till date.

Overall, the cameras are really awesome on the OP5 and will get the job done usually with great quality photos.

Battery: The OnePlus 5 has a slighly smaller 3300 mAh battery, which lasts approximately the same as the 3T. You can easily get about 5 hours of screen on time, which isn't too bad.

This phone will last well into the day for most users. If it doesn't, dash charge is still here to the rescue.

You can top off up to 65% to 70% in a half hour, which is excellent! I have no complaints or concerns with its battery life whatsoever.

Price and verdict: It goes without mentioning that the OnePlus 5 is an excellent choice. But as we've seen before, with every new 'flagship killer' of theirs, the price climbs a little bit higher.

It concerns me that these awesome phones are getting closer and closer to other flagship pricing and might soon end up chasing people away.

I mean, what's the point of dealing with an underdog company with Ok-ish service, when you can spend about $100 more and get yourself a proper flagship, like the LG G6 or even the S8.

That said, I still strongly recommend the OnePlus 5 over other flagships, simply because its still the best bang for your buck.

I'm sure they'll improve their service chain in future and make it a better experience to own their smartphones.

Owning a OnePlus device is not for the average consumers. It's for the hardcore spec junkies and tech nerds, who want the absolute best in hardware and a silky smooth pixel-like software under a decent budget.

If being just an 'average user' is not your style, go right ahead and get yourself a OnePlus 5! I absolutely guarantee that you won't be disappointed.

These were my thoughts on the Oneplus 5. What do you think? Hit me up if you agree/disagree with me, and we can chat!