The galaxy S7 was one of my favorites back in 2016, and it still is. It was a stunning phone with a beautiful QHD display, great battery life and possibly, the best set of cameras. But just like any other great gadget, this thing has gotten old. It has been replaced and forgotten (due to the S8).

But such a wonderful phone cannot be given justice with just a single impression, at the time of its launch. So here's another look at the Samsung Galaxy S7, one year later. 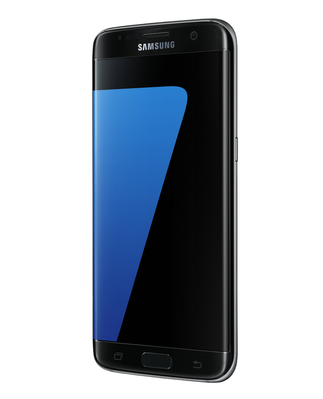 Samsung's display is still gorgeous. Even after there have been several great displays out there on the LG G6 and the S8 itself, this ex-galaxy flagship still holds its ground! The beautiful AMOLED panel ensures great viewing angles and vivid and a bit over-saturated colors.

Though purists may not like the color accuracy on a Samsung AMOLED panel, you can't deny that this 'unnatural beauty' looks great. Even if you buy it right now, I can assure you that you'll have one of the greatest AMOLED panel of all time (note 7 excluded).

Design is still more eye catching than other plain old flagships in the market. The S7 edge boasts these dual edge display and curves on the back for easy handling.

The regular S7 isn't any sour sap by any means, it's a flatter approach, with a regular flat display and curves on the back panel. Nevertheless, it's great and easy to handle. You'll have a premium phone, with a design that you'll appreciate every single time you pick it up!

STILL SEXY!
The camera is still on top of everything out there. The 12 mp dual pixel sensor still has blazing fast autofocus and amazing dynamic range capabilities to it. It's not as good as the pixel's dynamic range and it doesn’t have the incredible juiciness to the details like the htc u11. But it’s absolutely stunning when viewed without comparison.

The super large f/1.7 aperture is still the largest on any smartphone and helps to get great shots, even in really low light. This is one phone that's not afraid of the dark.

The front camera takes really good, extra wide angled 5 mp QHD photos, though they tend to be a little bit overexposed sometimes. Samsung's image processing tries to brighten your face by overexposing the whole shot, which sometimes doesn't look so nice. But you can always go into settings and dial down the exposure yourself.

The video stabilization combines OIS and EIS together. It's quite effective at keeping the footage nice and smooth. You'll have the best camera around with this guy, even in 2017! 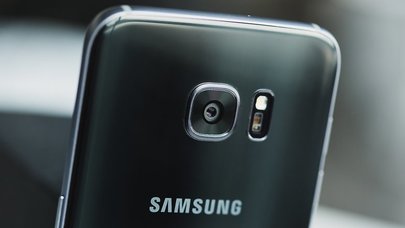 The battery life on the S7 edge is still superb. The 3600 mAh unit lasts a full working day without an issue. This cell can easily provide close to 7 hours of screen-on time, even on Nougat!

When its time to top up, there's Qualcomm quick charge 2.0 supported, so recharge time isn't a concern either.

Performance has been my biggest concern with Samsung devices. TouchWiz UI only gets slower overtime and it's true here too, unfortunately! The S7 edge has the very powerful specs underneath, so overall performance will be fine. Smooth at first, but as time goes on, it gets slower and laggier.

If you're planning on using this phone for over 2 years, which you probably will, considering all the other great features, you should resort to a factory reset or two during the course of your usage. Otherwise, it'll just be a slow and bloated mess of a phone, as data builds up every day from apps like Facebook and Instagram. 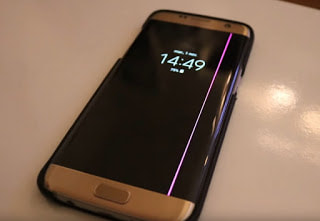 That's always been my biggest complaint with Samsung phones. No matter how powerful their phones are, the UI always ruins the experience. So to maintain some level of smoothness, you have to do some housekeeping in your device's memory.

If you got that covered, you'll have no major issues.

Of course, there have been a few problems with the display on these, where users reported a consistent pink line along the edge. That hardware issue was there in the beginning and now it has resurfaced again.

Samsung really needs to focus more on their phones and get the basics right. That's the problem with the company; they always try to cramp as much stuff as possible into their phones, and end up screwing up the basic things.

I hope they'll take it easy with the feature loading and get the basics perfect first. Anyway, now that the S8 is out in the market, S7 edge has seen a price drop. So, should you get the S7 edge in 2017?

Absolutely! You'll have a wonderful display, second best camera, waterproof design, really impressive battery life. The only small compromise you must take is that UI.

If you know a few tricks to root and clean your Android or even basics, like cache cleaning, you're all set for up to 2 years of using this flagship.